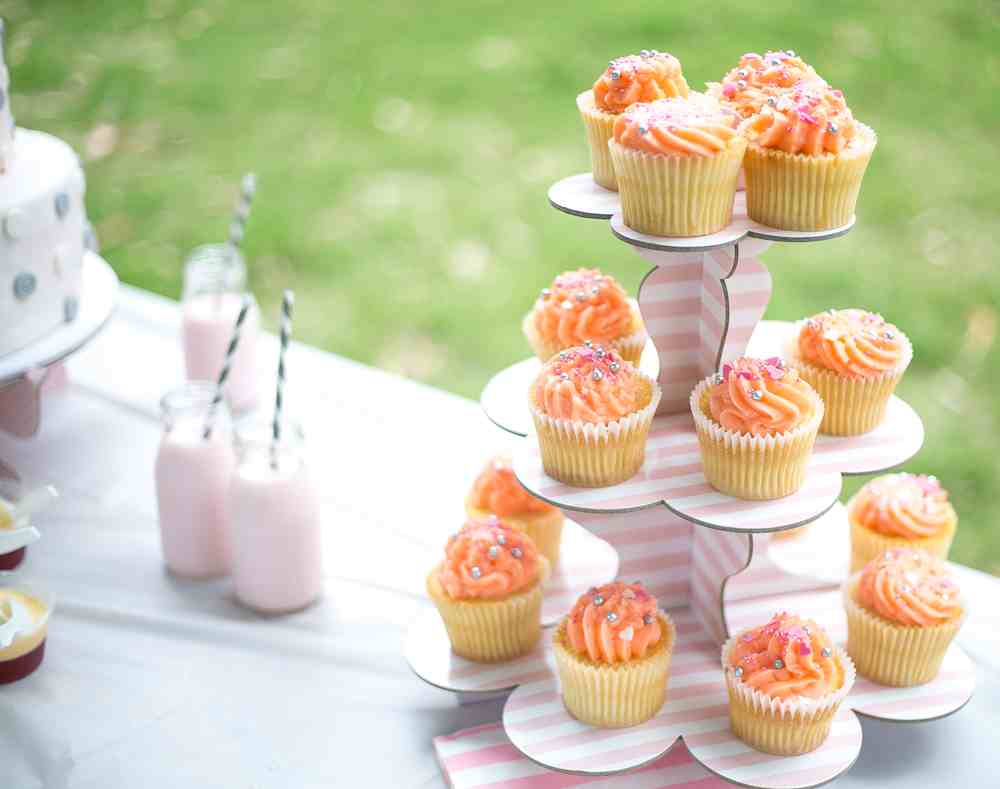 Mary Ann C Ball works as a lawyer in New York City and lives there with her husband, and eight year old daughter.

My eight-year old daughter and I decided to plan her birthday party together this year.  At first I was uneasy—children’s birthday parties are no easy feat, particularly in New York City where parents have been known to pay thousands for party planners, venues, and entertainment to avoid the headaches accompanying such a task.    As the days passed, however, I learned quite a few things, not only about planning parties, but about my daughter and myself . . .

As soon as I suggested the idea, Samantha jumped at the prospect, “Mamma, I’d like a movie theme and to watch RIO 2,” the movie about the blue macaws in Rio de Janeiro.  She then proposed that our apartment be thoroughly decorated with “movie and RIO 2” paraphernalia.    Hmmmm, that would mean mixing the glamorous tones of Hollywood gold, red, and black with the wild fluorescents of carneval fuchsia, turquoise, and green?!  Not exactly complimentary palettes.  It seemed much more logical to pick one of those themes, and to me, the colorful enthusiasm of carneval was much more appealing for an eight-year-old birthday party than the dramatic glitz and glam of Hollywood.  But that issue was peanuts compared to the nightmare of transporting thirteen second grade girls from the movie theater at 84th street, twenty blocks back home through the crowded streets of New York . . . As these issues clouded my mind, Samantha moved quickly to the topic she deemed most important—her cake.

She presented me with an illustration of a red and white striped popcorn bag with real popcorn bubbling from the top surrounded by cupcakes with RIO 2 tickets on them.  This was to be her cake and it was to be made of “chocolate cake and chocolate icing” with more “chocolate cake and chocolate icing in layers.”  While I was impressed by this creativity, I was reluctant to have sweet cake shaped like savory popcorn that threatened to be death-by-chocolate.  In fact, my mind was become more and more reluctant about the whole idea generally . . .

I sighed, crossed my arms, pursed my lips, and twitched in general disapproval.  It was time to “teach” her that these various selections were simply not practical, not workable, not applicable, just not right for an eight-year-old birthday party in Manhattan.  I began to present all the rational “because’s,” i.e., the colors don’t match, the apartment will be too crowded, we can’t move furniture around, the streets are too dangerous, the theater is too far, popcorn should not taste like chocolate cake, carnival is a better theme and so on and so forth . . .

Yet, as I was “becausing,” I began to realize that all my stated reasons, while rational and appropriate, were just that, rational and appropriate.  They were essentially “adult” views steeped in practicality and propriety, and while they were no doubt based on years of experience learning what works and what doesn’t, they were largely based on matters of convenience and predictability for me . . . I stopped myself.  What if I were to break from this automatic application of convention, and let my child take me back to her innocence, to her budding creativity, to essentially a youthful tabula rasa . . . After all, nothing she proposed would cause life threatening harm to anyone; her suggestions were merely highly inconvenient and eccentric.  But it was her party, and the point of embarking on this enterprise was to have fun planning it together . . . If I were to discount everything she suggested, what type of a lesson would I be imparting?  What type of a relationship would I be fostering?

And so, as the big day approached, we took paintings off the walls, moved furniture out of the living room, and began decorating.  We hung up giant paper movie cameras, gold stars, and Hollywood signs—“lights,” “camera,” “action.”  Alongside, we placed felt-crafted macaws in bright blues, reds, and yellows, and strew feathers of similar colors across the gold paper tablecloths.  We filled paper goodie boxes shaped like director’s cuts with bird whistles, iridescent putty eggs, feather boas, glow in the dark sunglasses, Oscar statues, and Twizzler movie candy.  All little items were excitedly picked by me and my daughter together, from inexpensive party supply websites.  Each evening we giggled and tittered in anticipation, executing the various plans we had set forth the night before.  Sammy even kept a little file folder with her various drawings, ideas, and “lists.”  She learned to execute her dream while I learned to open doors I had forgotten existed.

Needless to say, Samantha’s party turned out wonderfully.  Parents and kids alike raved about the movie-carneval theme, the colorful albeit eclectic decorations, and most of all the “popcorn cake,” which was deliciously, decadently chocolate.  The cake artist himself was thrilled to have drawn inspiration directly from the hands of the eight-year-old guest of honor.  (He is now offering a popcorn shaped birthday cake and the option for a child to design their own birthday cake!)  While it was a fantastic party, the most cherished part of the experience was working together with my little girl, watching her bring her own vision to life.  Blowing out her candles, I saw a proud, happy eight year old radiating confidence and love.

In retrospect, I can’t help but wonder how many times as an adult, I am quick to dismiss my child’s desires or observations.  Usually, there is some perfectly logical “shouldn’t’” that jumps immediately to mind . . . But why not let my child inconvenience me, why not let her bring originality back to my life, why not foster her innocent ingenuity? . . . Obviously there is no easy answer to the delicate balance between due order and unbridled creativity, but at least in this situation, I stumbled across a wonderful opportunity to let my daughter revel in her uniqueness, with confidence and pride.