When Siblings Fight | by our Singapore correspondent Davelle Lee 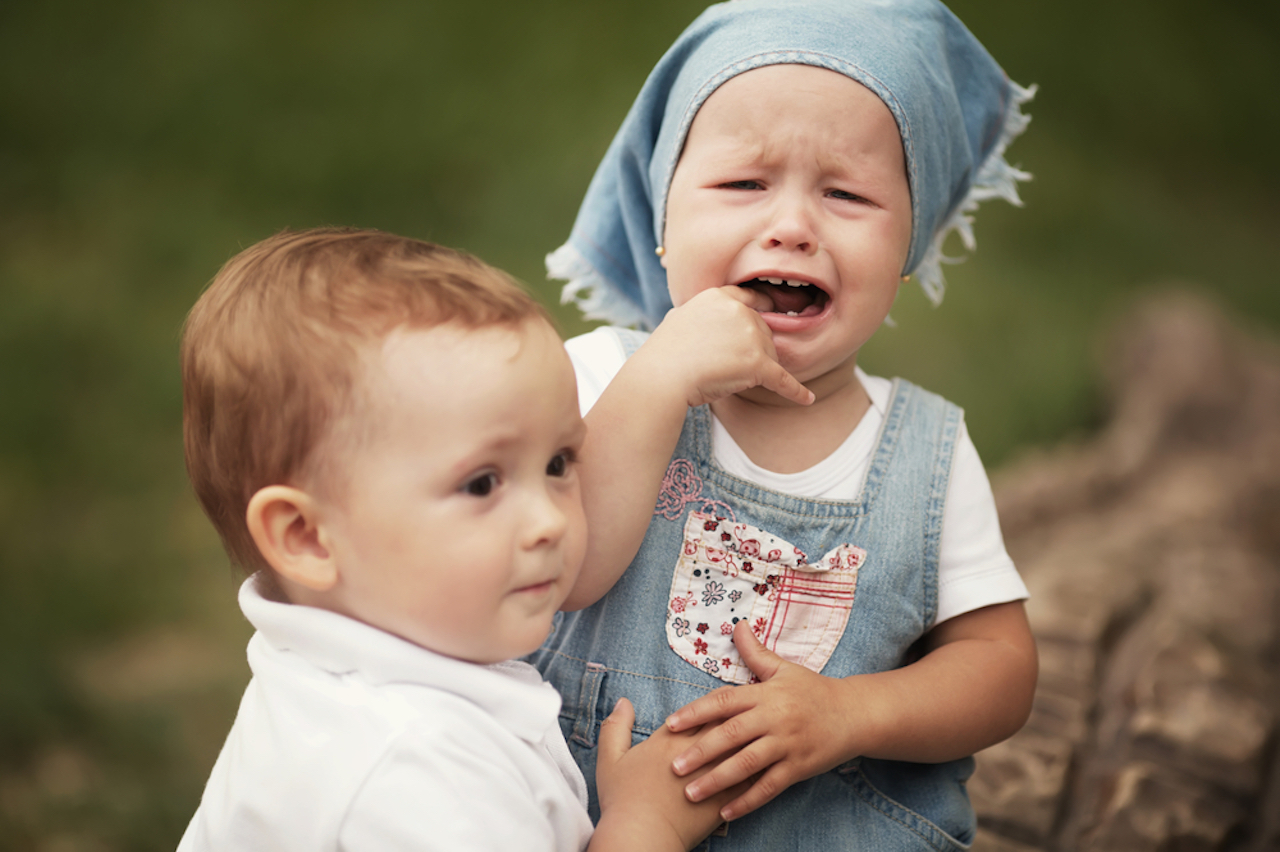 Remember the good old days when you could recline on the sofa after a long day, with a glass of wine in one hand, the TV remote in the other and just relax? These days, you’ve got children on your left and right whining for your attention, fighting for control over which channel to watch, ultimately ending in someone wailing on the top of their lungs.

If this is a typical scene from your living room, don’t worry because you aren’t alone. While some very lucky siblings do see best friends in one another, rivalry and conflict among them is normal and very common. As parents, our role is to mediate these negative interactions between our children and guide them in handling and resolving conflict.

Why does sibling rivalry occur?

A child begins to construct a meaningful representation of himself at an early age. In order to do so, he draws from references in his social environment to evaluate his own competencies. For example, physical limitations in height and strength become immediately apparent to children in contrast to the adults around them.

With peers and siblings, however, children discover a more equal playing field on which they can pit themselves against each other. This gives rise to social comparison. A narrower age gap between children can predict greater social comparison. Siblings who are roughly the same age are likely to be closely matched in terms of physical and cognitive capabilities, allowing for fairer competition between them. The younger child usually models his behaviour after his older sibling, which can cause friction between them because it infringes upon the older child’s developing sense of personal uniqueness. You can use this to your advantage by rewarding an older child for good behaviour; his little brother is likely to follow suit.

Even with a small age gap, discrepancies in capabilities between siblings can be particularly pronounced in early and middle childhood. For this reason, birth order also contributes to the nature of sibling interactions. The older sibling is usually more aggressive, using his or her larger physique and more advanced reasoning skills to dominate play and conflict. The youngest, knowing that he cannot win in a physical brawl with his big sister, relies on his vulnerability and tends to cry in order to get your attention. And you’re probably already familiar with middle-child syndrome. Children sandwiched in between often feel like they drew the shortest straw- neither the most powerful nor the most precious- and may act out more in defiance as a result.

Sometimes, parents’ differential treatment may exacerbate social comparison between our kids. This often occurs outside of a parent’s conscious awareness. No parent wants to treat any one of their children better than the other, but the different traits inherent to each child can cause a parent to respond in different ways.

One such trait is gender. Girls are more affectionate towards their siblings in general while boys tend to rough it out, right? These beliefs about gender that parents hold can result in a greater tolerance for anger and aggression when it comes from their sons rather than their daughters. Researchers found that more punitive action is taken when a girl hits her sibling or damages property than when a boy does. Children are very sensitive to these discrepancies in leniency so it is important to make sure you are dishing out fair and appropriate punishment to each child’s transgressions.

A fascinating hypothesis proposed by applied economics researcher Dennis Weisman is that sibling rivalry occurs because good behaviour doesn’t happen simultaneously. He uses a game-theoretic model to demonstrate why. Yes, you read that right. Game theory. Here is how it works. According to Weisman, a child’s for good behaviour receives a diminishing rate of return, meaning that with each additional ‘unit’ of good behaviour, the child receives a smaller reward from his parents. The marginal utility of good behaviour increases when his sibling has been behaving badly. So, if the first child is behaving well, the second child receives a smaller reward for the same behaviour. The incentive to behave well decreases and he is more likely to behave badly. Alternatively, he could reduce the total amount of good behaviour in the household by tattling on his sibling! Through these mechanisms, good and bad behaviour on the part of each child are produced in response to their siblings’ behaviour and calibrated over time to arrive at a good-kid, bad-kid equilibrium.

How can parents help to resolve conflict between siblings?

Let’s move away from technical analysis and think about how we can deal with sibling conflict. Understand that siblings are bound to argue. In fact, some sibling rivalry is good for honing your children’s problem solving abilities, negotiation skills, self-control and perspective taking, according to Signe Whitson, author of How to Be Angry: An Assertive Anger Expression Group Guide for Kids and Teens. Having a sister or brother as a sparring partner can provide the perfect training for conflict management later on in life, be it at school or the workplace. Your goal as a parent should not be to prevent conflict entirely, but to teach your children how to handle conflict effectively and peacefully.

Research in developmental psychology has shown that children are motivated to engage in more positive interactions with a sibling when the quality of relationship with that sibling is good. When siblings feel greater affection for one another, they opt for less hostile approaches to disagreements.

To foster warmer relationships among your kids, choose novel activities that they can participate in together. They should be games or tasks that the older kids haven’t been exposed to before, so they don’t have an unnatural advantage over their younger siblings. A 2015 study revealed that when children play video games with their siblings, their affection towards one another increases. Surprisingly, their study also found that sibling conflict is actually reduced when boys play video games that involve combat or physical aggression with their brothers!

Of course, even the closest of siblings will get into fights occasionally. When your kids come running to you to settle an argument, here’s what you should do:

Help each child to verbalise his or her frustrations. You can do what counsellors call reflection of content, which is to paraphrase what your children tell you (e.g. “so what you are saying is that you are angry because your sister won’t share her imaginary cookies with you”). This creates the opportunity for them to not only express their emotions but to reinterpret them and evaluate them on a deeper level. Some times, it takes an adult voice echoing a childish complaint for your child to recognise just how silly it sounds.

Get each child to acknowledge his or her contribution to the conflict without pushing blame to any of the siblings. They will learn that they have to be accountable for their words and actions, no matter who “started it”. At this point, ask each child to offer an apology and a compromise to the other. This means that each child should be willing to give up something in exchange for what he wants. This isn’t a zero-sum game. You can show them that there is often a solution in which all parties can walk away happy, if they choose to open themselves up to their sibling’s point of view. By establishing a norm of give-and-take, you can increase your children’s social understanding and promote perspective taking and empathy, leading to more self-initiated conflict resolution in future.

#The Socialization of Sibling Rivalry | What’s Love Got to Do?

#Why Can’t I Be More Like My Brother? The Role and Correlates of Sibling Social Comparison Orientation