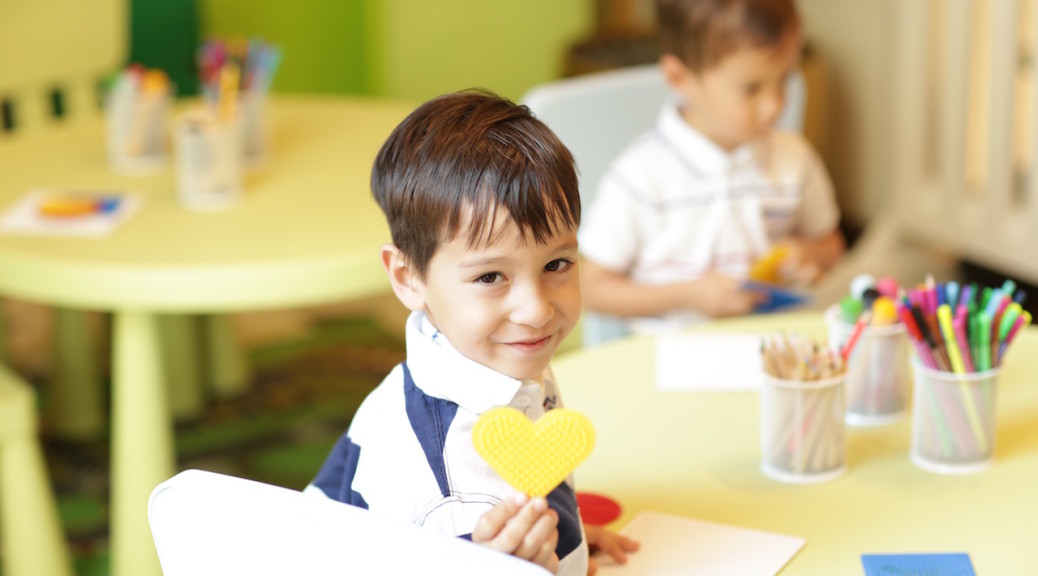 Parenting is mind-boggling these days.  I think I feel it more so in Dubai with the numerous cultures, influences and beliefs than anywhere else in the world.  In the last couple of years, I, as a parent, have noticed some significance differences in educating boys vs girls just at home.  This is my observation as a mother, observation of other children in class and also through friends’ children.  This is not to say there is not always the anomaly boy but I am describing the average boy in today’s world.

My 7-year old boy expressed to me his frustrations of feeling overwhelmed on some days at school.  He has to learn to write cursively, get his spelling right, learn 2 foreign languages, learn to write essays, ensure he understands punctuation, know his fractions, divisions and multiplications and the list goes on.  Most boys his age are cooped up in classrooms all day, and their natural instinct is to move through space.

I am no parenting expert and I stay up at night reading all I can about educating boys in the hope of being able to help my son not feel as if he were ‘drowning’ in academics.  I have come to the conclusion that my boys need my help academically, not because they are not intelligent in their own right but I realised that if I don’t help them to have a natural love of learning, they may feel overwhelmed by what is expected of them in schools these days.  Statistics show that as the decades go by, girls are academically outperforming boys.  Why?  We are assessing boys and girls in a system where girls have better odds of winning.

It was pointed out in a book that circle time was tough on boys having to sit there and listen to story whilst sitting cross-legged.  All of it is a struggle when you are three years old.  My empathy goes out for my boys and all boys who are just being themselves.  It is evident after much research by experts that many boys need to be physically active and on the move.  Sally Goddard Blyth reminds us that the ‘most advanced level of movement is the ability to stay totally still’ (N. Rowe, quoted in Goddard Blythe, 2005:137) so what this means is that children  who find it hard to sit still need to move more, not less, in order to develop mature motor skills.

Steve Biddulph’s book on Raising Boys first caught my attention that boys are innately different to girls.  Physically they develop later, and their ability to learn languages also develops later.  Girls use up to 30 times more language in their play than boys.  Their different levels of hormones makes them more energetic, boisterous and competitive so hard to sit down all day.  After more research by other experts, I discovered that boys also find it hard to cross the mid-line of their body (do you see your toddler son scribbling with one hand and then switching hands to reach the other side of the paper?) and the ability to balance and exercise will help this to progress faster.  This is because the synapses of the brain have not yet connected.  Children cannot read and write until they have crossed this line and learning language is more challenging for them.  Boys ankles and wrists also often develop almost a year later than girls at around 5 to 6 years of age so they struggle to write.  The physical developmental list goes on.  There are many authors on the subject and to find out more read Getting it Right for Boys: Why Boys Do What they Do and How to make the early years work for them by Neil Farmer.

I realised I cannot teach or inspire my boys in the same way you would motivate a girl – it is not a one stop shop method for all.  I only  have 4 kids at home but imagine a class of 24 – 30 children.  In general, girls and boys are wired differently from birth and the developmental science is evidence of this.  The books speak the truth, and it is true that school systems around the world might not be helping them.

Finland has been declared the nation that has the best education system, and their children at 7 years of age and the majority of boys  are fully developed and finally ready to learn.  40 years ago there was an education overhaul as part of the country’s economic recovery strategy, and today there are 62,000 educators in 3,500 schools in Finland.  In 2000, Finland had the world’s best readers, and three years later they led in Maths, and in 2006, Finland became the best country for education.  Why?  Their philosophy is ‘Whatever it takes.’

The schools are small enough that teachers know most of the children, and when one teacher needs to provide extra support for a child, all the teachers can conceive ideas that might contribute to the overall well care and education of that child.  Also, there are no standardised tests in Finland, no rankings and no comparisons with students – something the Finnish don’t understand US’ and UK’s obsession with standerdised tests.  Yet, 93% of Finnish children graduate from academic or vocational high school.  This is 17% more than in the US, and the highest rate in the EU.  Finland also spends 30% less on education than in the US, and yet 30% of children receive extra help during their first nine years of school.  Play is an important component of Finnish education and homework is minimal with an average of a 75 minute recess vs 27 minutes in the US.

A teacher in Finland says ‘Children learn better when they are are ready.  Why stress them out?’  Most teachers also spend 4 hours a day in the classroom and take 2 hours a week for ‘professional development.’  Finally, and most importantly, all teachers in Finland must have a Masters degree which is fully subsidised.

So what can we do at home to help them?

Whilst I can’t change the school system nor can I move my children to Finland, I am trying to support them at home as best as I can.

‘The power of play as the engine of learning in early childhood and as a vital force for young children’s physical, social, and emotional development is beyond question.  Children in play-based kindergartens have a double advantage over those who are denied play: they end up equally good or better at reading and other intellectual skills, and they are more likely to be come well-adjusted healthy people.’ – Miller and Almon (2009 : 8)

Boys want to play superheros so encourage them.  They work out their roles and characters within themselves.  Let them talk about Transformers, Spiderman and Pirates.  Play alongside them, encouraging them but without controlling their boisterous activities.

#Learning on the go

Most schools and nurseries send letters of the week or songs they have been singing.  Learn with them and point things out that might start with the same letter.  Naturally, the Alphabet Song, Days of the week and traditional nursery rhymes are always great to sing when on the move, in the bath or just before bed.

As a parent, I believe this is the most important things that we can do for our children especially at bed time.  It has been noted that boys learn to read and write in situations that they find to be non-threatening.

#Do not give too much information

Boys prefer short amounts of information that is a direct order.  Too much information will mean you will get frustrated and the goal would not have been achieved.

My son loves cooking and crafts, and we are writing menus, looking through cookbooks, and I explained to him that ‘comprehension’ needs to be used everywhere.  He currently hates comprehension in English class.  I am hoping the cookbooks will help improve his comprehension skills when he deciphers the instructions.

#Talking all the time

Talk about anything from Months of the Year, to spiders and bugs and what makes a good bug?  How do you know that a spider is not a bug and so forth?

Get boys to play outdoors as much as possible.  Best that it is children led and not adult led play.  Let them run in a park, beach, to let them explore and discover.  This helps with motor-skills, balance and physical development

#Create a writing area at home

Create an area at home that is well-resourced with colouring papers, felt tips, pencils, name cards, crayons and are in good condition and replenished reguarly.  Display the children’s work so that they are inspired by each other and to do more.

This is a whole chapter of information on its own coming on the blog soon.  But essentially it is important that boys get to bed on time and at a regular hour to support best learning practices.

Do share with us other inspiring ideas on how we can help our boys.